Take a feature packed adventure thru the campy pinball world of the Dynamic Duo. Players are guided through the game by the voices of the original Batman and Robin, Adam West and Burt Ward. Two LCD displays feature video footage from the iconic TV series blended with all new animations. While protecting Gotham City from the evil plots of super villains you can experience an amazing 8 ball multiball event. 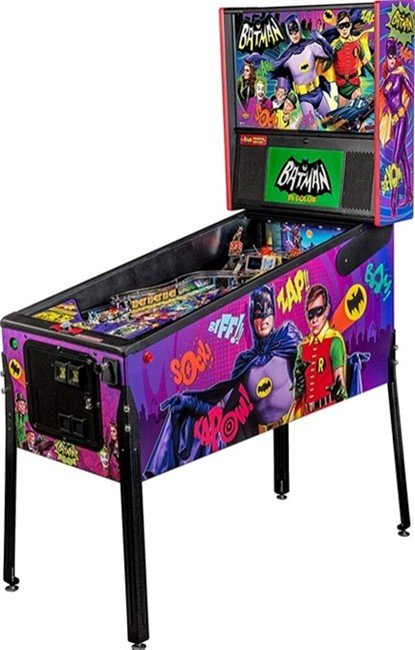 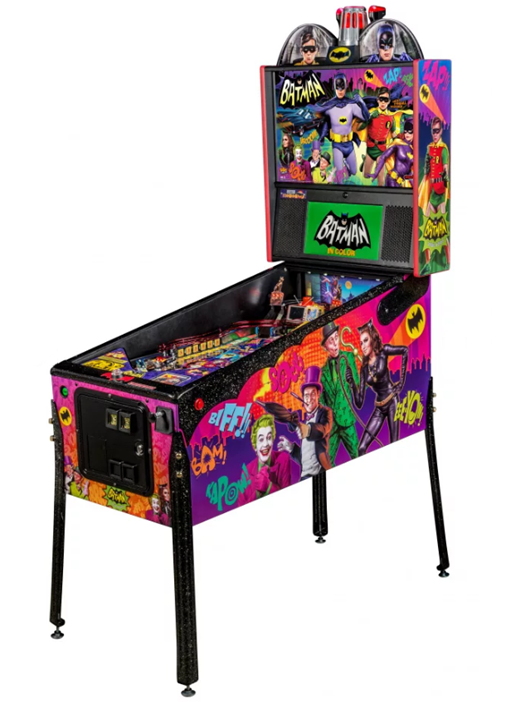 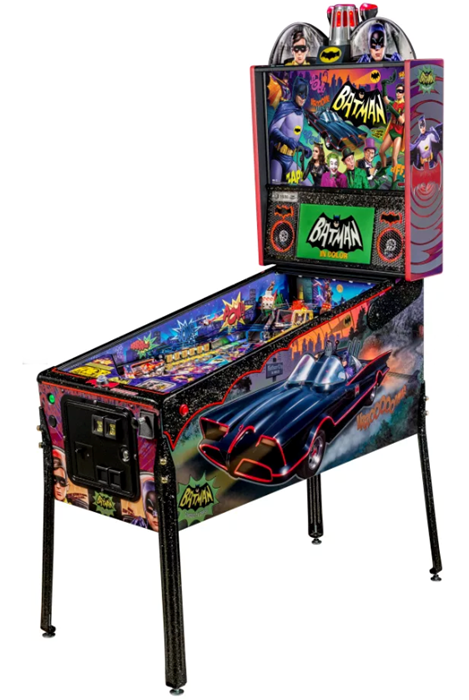